A Classic Series for Spiritual Seekers!

Journey with the Advanced Masters to the seven spiritual planes of Shamballa! Announcing all-new Collector’s Editions of The Pulse of Creation series by Ernest L. Norman, with new, full-color, visionary art illustrations by R. E. Moore.

"The scientific and spiritual blend of knowledge is beautiful beyond anything I have ever read — or experienced! This is the incredible uniqueness of this and other books by Ernest Norman: You are taken out of your mundane physical consciousness and transcended into the magnificent beauty and life-changing healing power as you read the words." — Douglas Taylor, Author of Soulic Journeys 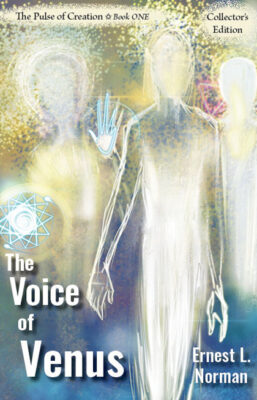 The Voice of Venus 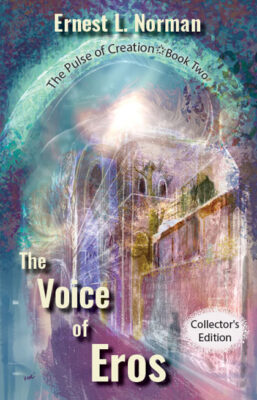 The Voice of Eros 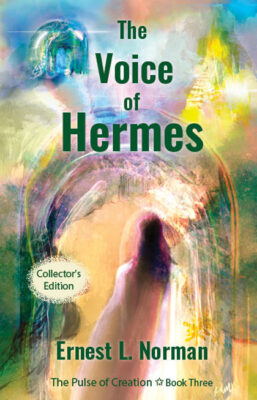 The Voice of Hermes

The Voice of Venus

Ernest L. Norman’s best-loved, classic introduction to his interdimensional science of life. The Collector’s Edition features new color illustrations of the crystalline, higher-dimensional planes of Venus, where the Advanced Masters serve the educational and healing needs of humanity on Earth and other worlds. Perhaps you’ve visited between lifetimes? Or taken classes there while your body sleeps on Earth?

The Voice of Eros

The Voice of Hermes

Carrying on with the tour of the Seven Shamballas, Book Three introduces the philosophical plane of Hermes. Illustrated for the first time, this visionary work delves deeper into the interdimensional energy science practiced on other worlds. The philosophers and scientists who speak from their higher-dimensional perspective will leave you with a new view of life—your own, and the universe around you. Even Charles Darwin wishes to amend his previous pronouncements, given his new celestial insight.

More Books From Our Catalog Ernest L. Norman (1904–1971) was an author of seventeen books, a visionary scientist who outlined an interdimensional joining of Science and Spirit, a “theory of everything” that was far ahead of its time in the 1950s and 60s.

His books contain gems still to be discovered, answering so many of the big questions. Yet much of what he predicted is now accepted as conventional science. Meanwhile, his most extraordinary ideas have not been disproved. I would bet that those will one day join “accepted” science on Earth as well, both because he has been correct so many times thus far—and because in my own life I’ve validated his “energy principles” over and over again.

Book of the Month

She has work appearing or forthcoming in over a dozen venues, including Buzzy Mag, The Spirit of Poe, and the British Fantasy Society journal Dark Horizons. Kate is also CEO of a company, specializing in custom book publishing and social media marketing services, have created a community for authors to learn and connect. Most publishers print and ship books by the thousands, then destroy the unsold copies. Thankfully, we are different.

That’s right: With old-style publishing, bookstores have grown accustomed to returning unsold books to the publishers within three to four months! If they’re paperbacks, that might mean sending back only a ripped-off cover for credit, while the coverless books are “dumpstered” and sent to landfills. Other unsold books are “pulped” by publishers by the thousands, repeating the toxin-producing processes that created the paper in the first place. Or they’re burned in landfills.

This crazy cycle needlessly destroys trees, stresses the environment from all the shipping back and forth, and releases further toxins into land, water, and air. 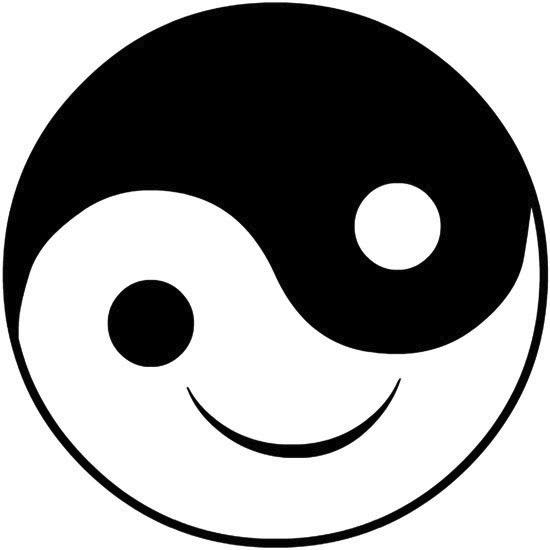 3 Golden Rules for a Relationship–with the Infinite?

By Joseph Downey Lianne wrote a blog post about polarity relationships that’s really stuck with us. She listed 3 Golden Measures of a true polarity...
Read More

By Lianne & Joseph Downey We first heard the term from a work colleague who used it to describe luncheons with coworkers who shared an...
Read More

By Lianne Downey Your body is supported by a finely tuned electrical system, and the software that powers it does not exist in this third...
Read More
View All